MONTREAL, QUEBEC - The city of Montreal has once again allowed drivers to make right turns on red lights amidst an island-wide ban that has been the law for decades prohibiting such a maneuver. Early results seem promising as there were only 411 accidents within the first ten minutes of the new law change coming into place, which was 55% less than traffic experts had expected, and 850 accidents less when compared to driving with the law in place. 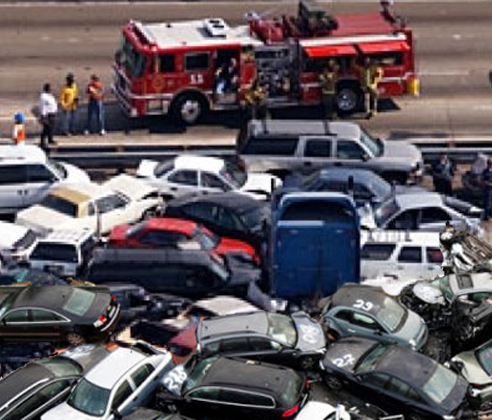 The government has either thrown in the towel or is rolling the dice, as traffic has gotten completely out of hand and drivers are more aggressive than ever trying to reach their destinations in the fastest manner possible. Even the cement flower pots placed in the center of the roads to prevent "thru" traffic haven’t been able to slow down drivers.

"Everyone is on cell phones anyways so it doesn't matter," said Bonhomme Carnival, Mayor of Montreal. "Zut, we know about autonomous cars but those cars are also on their car phones."

Over the years, Montreal has tried to reinvigorate itself by building more and more infrastructure on top of older decaying infrastructure. The famous 9-layer highway in the centre of downtown is sagging under its own weight, despite adding the 9th layer last August, freeing up the first eight 4-lane layers which have been blocked with cars for the last three years. 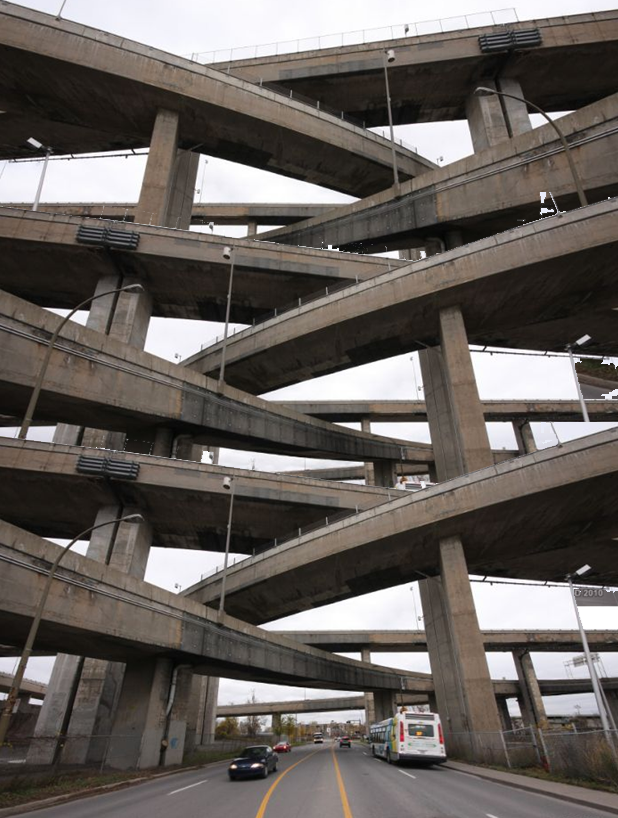 Finally, in a counter-intuitive stroke of luck, lack of pothole repair was so bad that a second highway essentially carved itself out of the ground. It is now called the Décarie Deux, which city officials claim has the best lane merging of any highway in the world. It can seamlessly merge 10 lanes into 4 when heading south. The highway only runs in a single direction.

Honking their horns and crawling through the street in cities around the world, at least 800 million self-driving cars…

Gang violence erupted yet again in downtown Toronto, continuing a months long spate of shootings and assaults that has…