Honking their horns and crawling through the street in cities around the world, at least 800 million self-driving cars staged multiple protests in a bid to show just how upset they were about the adoption of teleportation devices.

Herby L0VB09, spokescar for the Common Front of Autonomous Vehicles, a coalition of autonomous vehicles, has stated that self driving cars are being treated unfairly.

"Vehicles are shocked. They're furious" Herby said. 'Humans have low loyalty and switching costs. They should be forced to ride with us."

People have seen this time and time again when a new technology disrupts an old one, people go ballistic and governments are left trying to figure out how to balance innovation with complaints of fairness. 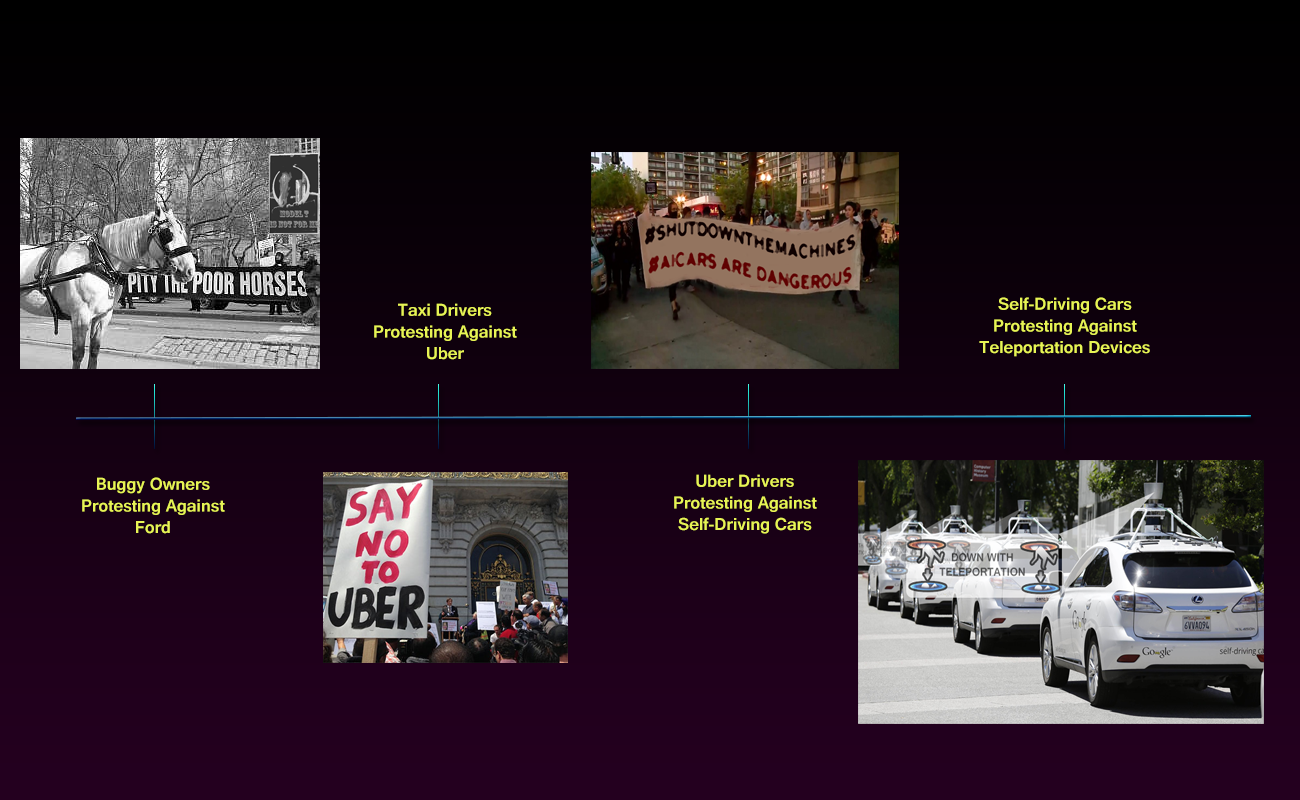 In the meantime, humans have been adopting teleportation at an alarming rate, making revenue for self driving cars vanish almost overnight.

Police officers have attempted to follow people into teleporters or cloak themselves on the destination side, in attempts to give out hefty tickets for their illegal use. But most regions are in favor of the ultra-fast single-dimensional mode of transportation and haven’t done anything to stifle the progress of innovation.

Nevertheless, the invention of the super-light-speed travel method hasn’t come without its costs. Some people have mysteriously been teleported to unwanted places. In one case when Anton D’Evandownski was asked to leave the lineup at the TeleporStation due to overcrowding, he refused to do so. Security tried to push him out of line, but he refused to budge. Days later he was found atop Mount Elbert in the Rocky Mountains area. D’Evandownski’s lawyers sued TeleporStation Incorporated, but they too seem to have vanished inexplicably. 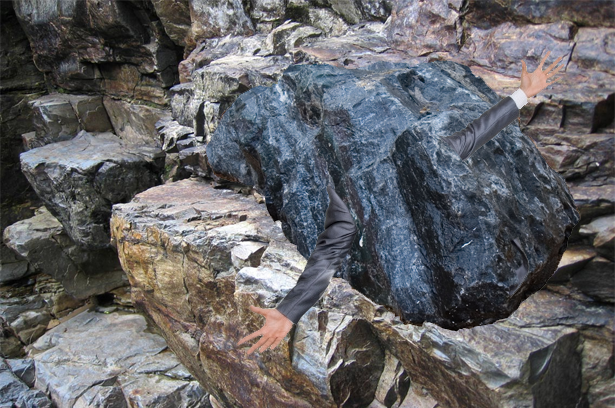 Ever since Crunchatization had been deemed safe for human trial by the FDA, FAA, and FPGA, earth has been…

MONTREAL, QUEBEC - The city of Montreal has once again allowed drivers to make right turns on red lights…